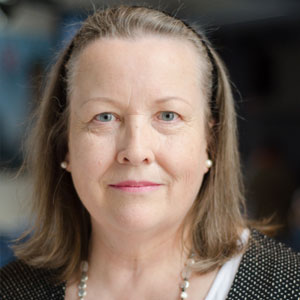 French Porcelain Society member Meredith Chilton has been appointed as a Member of the Order of Canada in recognition of her exceptional contribution to the ceramic world.

French Porcelain Society member Meredith Chilton has been appointed as a Member of the Order of Canada in recognition of her exceptional contribution to the ceramic world. The honour is awarded to celebrate outstanding achievement, dedication to the community and service to Canada. Meredith will be presented with the award at an official investiture in Ottawa by the Queen’s representative, The Governor General of Canada.

Peter Kaellgren, retired curator of decorative arts at the Royal Ontario Museum in Toronto, said “Meredith has made great scholarly contributions with her books and I know from living and working in close proximity to the Gardiner Museum that the vision of Helen and George Gardiner for a ceramics museum would never have been realized without Meredith’s contributions and ability to attract participants to the ‘Gardiner Team’. In all the things she has done for the Gardiner Museum, she has always tried to maintain standards and quality. Meredith has been a valued friend and colleague to me over the years.”

Meredith Chilton first joined the Gardiner Museum in 1983. As Acting Director and Curator, she worked with the team responsible for opening the Museum. She then became the Museum’s curator, a role she retained for over twenty years. Meredith has curated over 20 exhibitions, published approximately 50 articles and books, including a contribution to Daily Pleasures, French Ceramics from the MaryLou Boone Collection (LACMA, 2012). After a ten year absence, Meredith returned to the Gardiner as Chief Curator, overseeing the incredible re-imagining of their European Porcelain Galleries. She will be retiring from this position in December 2017.

The FPS council joins Peter in congratulating Meredith for this award!