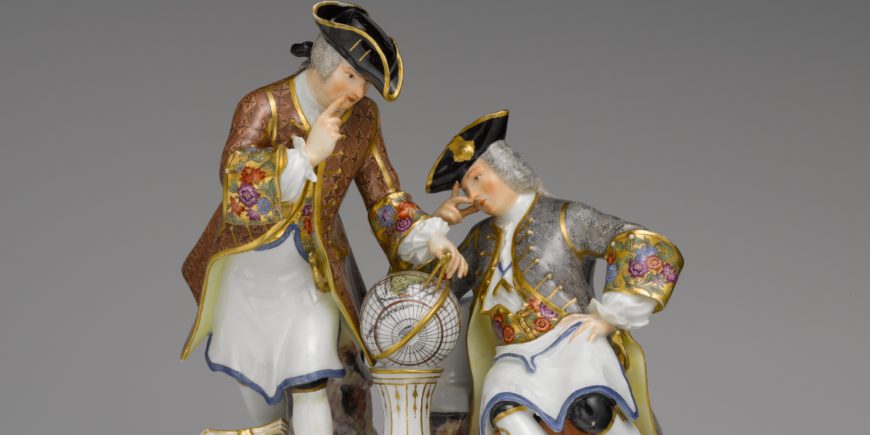 The French Porcelain Society Journal is the leading academic, peer-reviewed English-language publication on European ceramics and their histories, illustrated in full colour. Over recent years we have broadened our mandate to encompass all European ceramics from 1450 to 1950. Our next issue, volume IX, to be published in 2022, will concentrate on the eighteenth-century, which saw the discovery of ‘white gold’ (porcelain manufactured in Europe), embraced a widespread interest in the Age of Enlightenment, coupled with rising political upheavals and a consumer revolution for the luxury goods market. Yet what role did ceramics play within this? Can we rethink the traditional roles of the patron, the consumer, and the collector? What impact did the social construction of gender, race, and class have on ceramic production, design, markets, and use? Beyond their technological developments, how did ceramics reflect and respond to the significant artistic, cultural, social, economic, spiritual, and political matters of their time? This forthcoming issue of FPS Journal will challenge us to rethink accepted definitions by presenting works that demonstrate the tremendous variety of subjects and purposes of European ceramics. We are seeking articles that reframe our traditional perceptions, paying attention to materials and environments that re-evaluate conventional approaches to ceramic history, and welcome proposals that introduce historically under-represented objects or subjects. Articles are not restricted to French porcelain but may also include Spanish, Italian, Portuguese, Dutch, English, Scandinavian, German, and Austrian porcelain and earthenware.

Submissions in the first instance should be a summary of no more than 500 words, with a brief description of the argument, a historiography and a note of the research tools and sources used. Articles must be original; we do not accept modified versions of articles published elsewhere electronically or in print. Please include a brief biography. The journal accepts articles in French as well as in English. The volume will comprise about 15 articles that will be peer reviewed by the editorial board and the FPS council of academic and museum specialists which includes: Dame Rosalind Savill, DBE, FBA, FSA (Curator Emeritus, The Wallace Collection, London); Oliver Fairclough, FSA; John Whitehead, FSA; Errol Manners, FSA; Patricia Ferguson; Dr. Diana Davis; and Dr. Caroline McCaffrey-Howarth (Visiting Research Fellow University of Leeds and Curator, Victoria & Albert Museum). Articles should be between 4,000 and 8,000 words in length excluding endnotes. Up to 15 high-resolution images per article will be accepted.

Please send abstracts as an e-mail attachment to Patricia Ferguson, patricia.f.ferguson@gmail.com; Caroline McCaffrey-Howarth c.mccaffrey-howarth@leeds.ac.uk; and Diana Davis diana_davis@hotmail.co.uk by 1 February 2021. If your abstract is accepted, articles and images will be due by 1 September 2021. Publication is provisional on satisfactory peer review. For further details, please see the FPS Guidelines for Authors.

We are delighted to celebrate the launch of Rosalind Savill’s book Everyday Rococo: Madame de …

We are delighted to welcome Andreina D'Agliano, lecturer and exhibition curator specialised in Italian porcelain, …