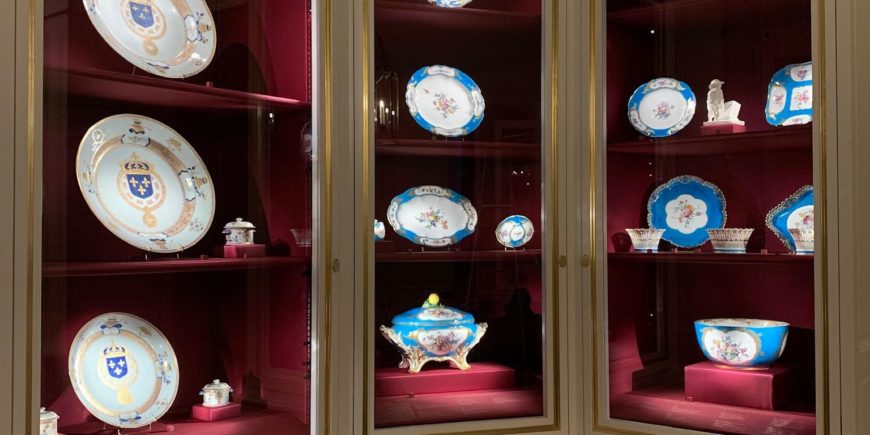 Opened in December 2019, for the first time, Versailles, Musée national du château, has created a dedicated exhibition space in which to display its collections of porcelain service items from the Vincennes and Royal Sèvres manufactories. The new Porcelain Room, whose restauration has been made possible by the Fondation La Marck, is located in the King’s Private Apartments with eight new cases curated by Marie–Laure de Rochebrune, conservateur en chef du département du mobilier et des objets d’art. 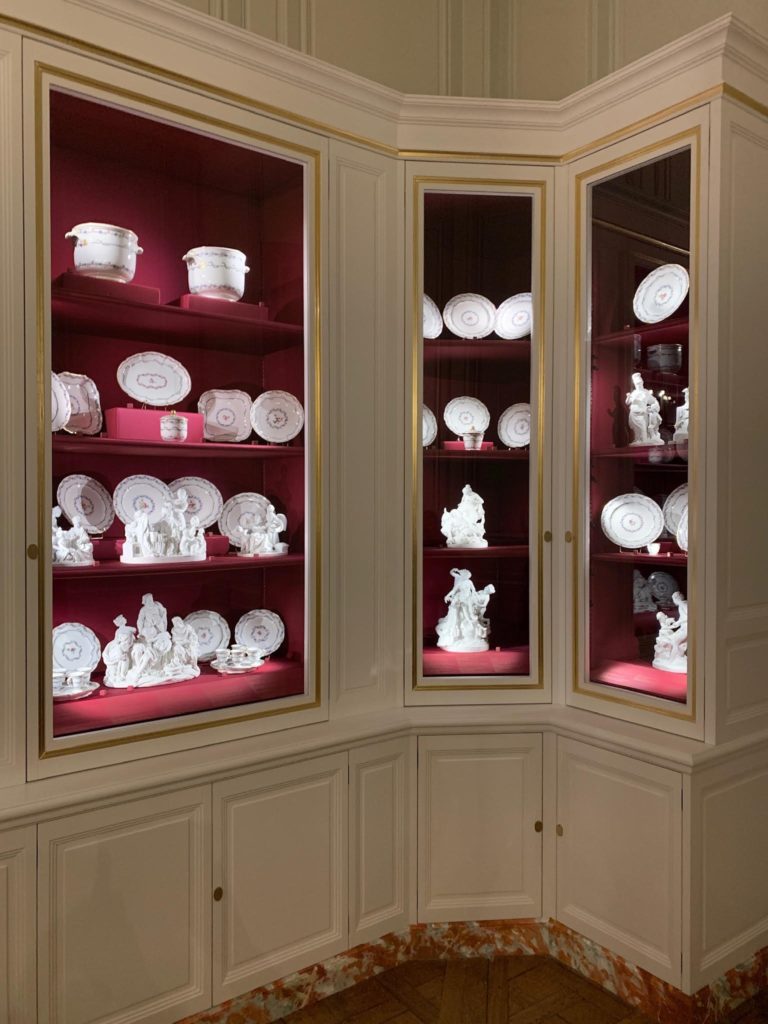 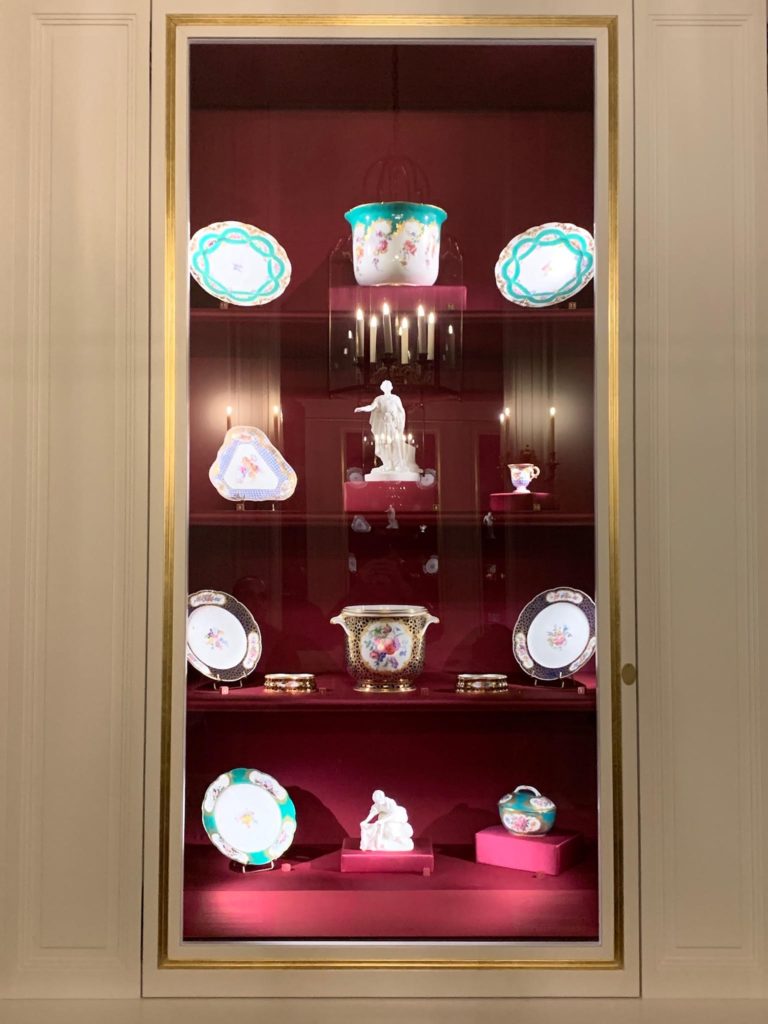 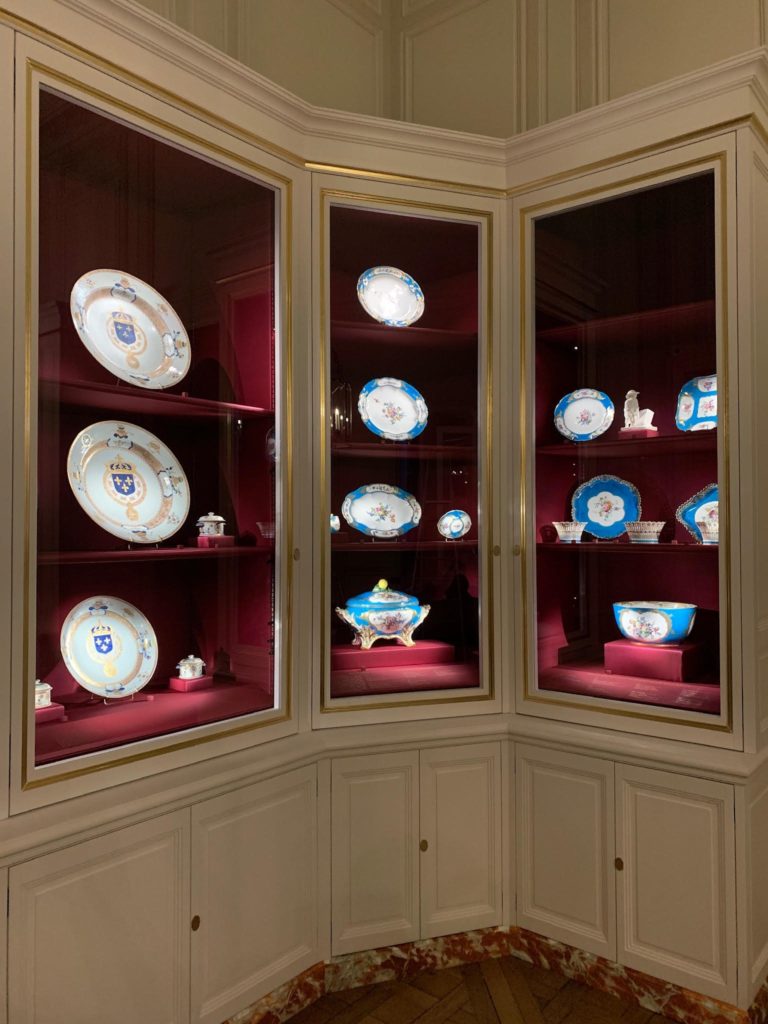 Almost a hundred porcelain items from the services collected by Louis XV and Louis XVI are now displayed in elegant cases in what was formerly the “Buffets” room in the King’s Private Apartments. This new arrangement enables visitors to view some less well-known items – some of which have been taken out of storage – and the Palace of Versailles to highlight its latest acquisitions. These include examples from the ‘Service à Guirlandes de barbeaux dit Service du Gobelet du Roi’, including an ice cup, 1782, used by the king’s personal kitchen staff (‘les officiers de bouche du Roi’) and biscuit groups from the Surtout de table ‘de Bacchus’ created by Boizot in 1772-1773, as well as ‘Télémaque chez Calypso’, 1779, purchased in early 2019.

Dining in private became popular during the reign of Louis XV, who was not overly fond of the public ceremonies. Starting in 1769, the sovereign extended his private apartment, adding the so-called “New Rooms” dining room, to which his most favoured courtiers were invited, particularly for the big suppers held after hunting trips. These rooms were furnished with cupboards to store the most precious pieces of table service, including the biscuit surtouts or figures and groups. They were also the site of the annual ritual of exhibitions and sales of the latest production of the Sèvres manufactory, before moving to the Tuileries. In 1776, it became associated with billards, played after supper; the display includes a porcelain plaque, Marque de billard, 1786, painted by Denis Levé, used to keep the player’s scores, and was noted in an inventory of 1791. 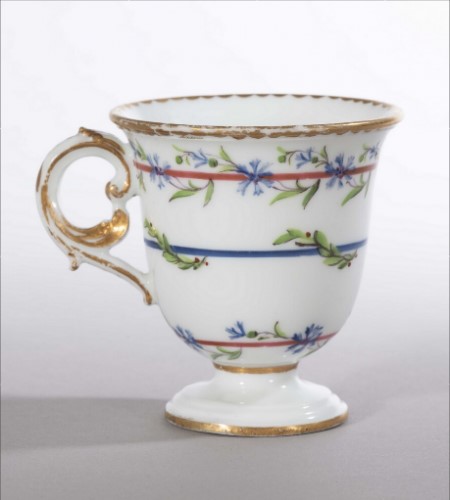 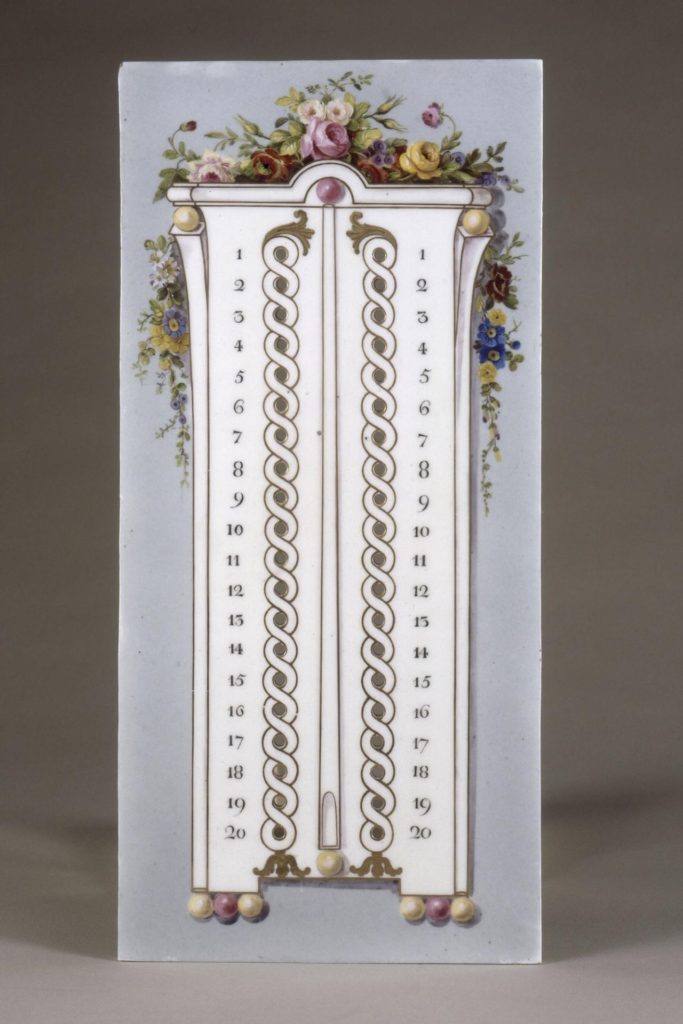 The rooms may only be visited by guided tour, and thanks to the generosity of Marie–Laure and art historian Vincent Bastien plans for a visit of the French Porcelain Society will be revived as soon as possible.